Our hotel in Valfabbrica hosted a hoard of Assisi bound pilgrims. Germans and Italians seemed to be the majority. Breakfast was a raucous communal affair that made us wonder whether our final push to Assisi would be less tranquil than we had hoped. But we quickly decided to linger at the breakfast table long enough for the large group, that was obviously anxious to depart, to finally get going. By 8:45 the hotel was still as a church with only family members starting the ever present chores of readying the hotel for the following night’s guests. Off we went up into the nearby hills, and into a day full of promise and pleasant weather. Today’s route took us up one long and occasionally mud slicked climb. For an hour and a half we made slow but steady progress until we finally topped the hill. Our reward once we cleared the forest was a paved road and shortly thereafter our first glimpse of Assisi with its fortress castle and the Basilica being the most prominent landmarks. The time slipped past as we immersed ourselves in the joy of this day. The tranquility factor was indeed high as we found ourselves almost totally alone (we only saw two other pilgrims) with bird song accompanying us every step of the way (very Franciscan). We arrived in due course at the foot of the hill upon which Assisi sits. The weather had been pleasant all morning but we now felt the heat rise with us as we chugged up the last final and somewhat steep hill to the Basilica of St. Francis. Once through the city gate we made our way to the lower Basilica plaza to check in with the Pilgrim Office for our credential stamp and our Testimonium (similar to the Compostela one receives as a pilgrim arriving in Santiago). As it turns out it was closed until 2:00 pm so off we went to find our hotel and check in. True to our habits as pilgrims the washing was next on the to do list, but fortunately we found a drop off laundry service on the far side of town that would handle that chore for us (sink washing clothes only can get you so far).  Now with laundry handled, we started back across town to the Pilgrim Office to finalize our documents. On the way we stopped for a bite of lunch, pulled the lever on the cash machine, and ambled off towards where our hearts have always been focused, the church of St. Francis. What a perfect day. At the Pilgrim Office we concluded our business and discovered there would be a pilgrim mass at the Basilica at 6:00 pm. We had some time on our hands so we toured the Basilica, a stunning display of frescos to be sure. The tomb of St. Francis lies below the lowere basilica and is a powerful place of peace and prayer. You cannot visit there and walk away untouched by the miracle that was the life of this most humble of all the saints. I happened to overhear a tour guide describing a fresco near the main altar in the lower basilica as containing what is believed to be the first portrait of St. Francis. As my gaze followed the pointing finger of the guide to the indicated image I was stunned at how small and ordinary Francis was. Yet, this scrawny little guy was able to accomplish more by virtue of his deep faith and love of God than countless armies and legions ever were able to do by shear force. How can you not feel the strength of his love that he poured out, unceasingly, and abundantly, upon all of God’s people and creatures. Love was his sword and shield. He changed the world by being able to reach into the hearts of multitudes both in life and in death, and allow them to see the truth that love conquers all. What a remarkable journey this has been to the tomb of possibly the world’s most beloved Saint. Robin and I feel so gifted to have been able to walk here, and share this moment of prayer giving thanks for the life of this miraculous man and all that he was able to accomplish. Later at the end of the pilgrim mass the priest called the pilgrims who arrived today, by name, and invited them to come forward for a special blessing. What a perfect way to end the day. We feel blessed indeed. 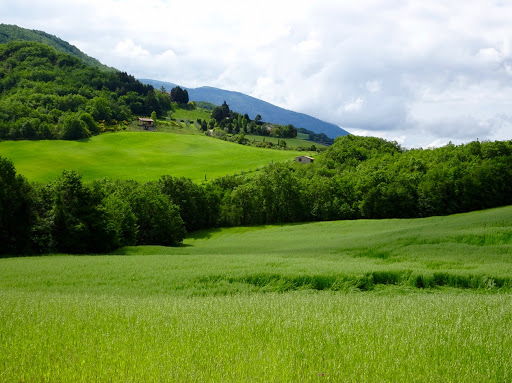 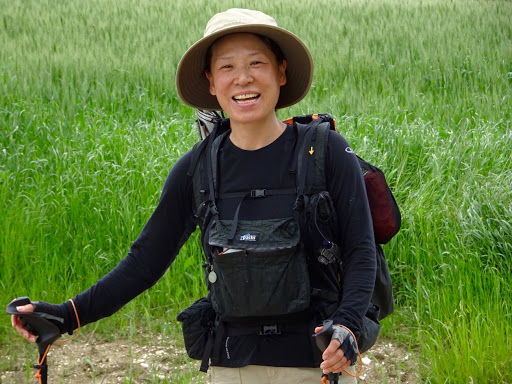 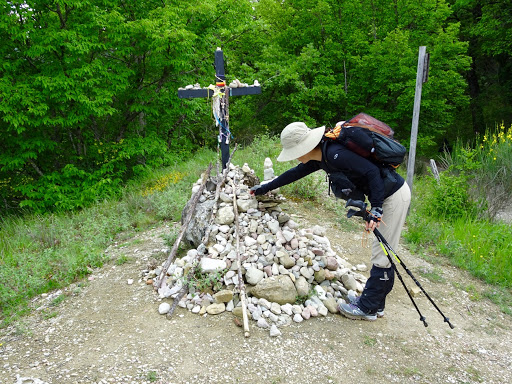 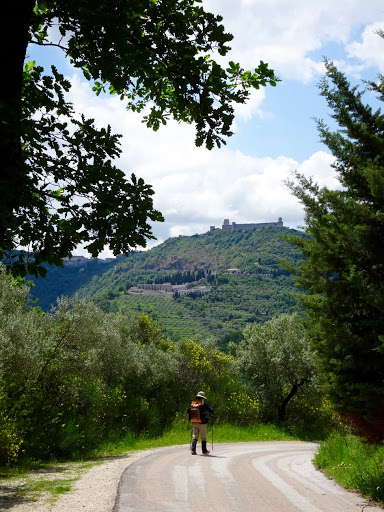