Our stay at the Hotel Oria in Tolosa was restful and quite pleasant. The staff couldn’t have been more helpful and the cafeteria produced some exquisite meals. But, the pilgrim road was calling so it was out of the warmth of our room and into a 35 F morning. We knew we would have another day of mostly pounding the pavement, but due to the many nice pedestrian paths it wasn’t as bad as it might have been. We felt stronger today and stepped along, in the cold morning air, at what for us was a sprightly pace. We climbed gently but steadily overhauling one village after another as we made our way to Besain where would wave goodbye to the pavement and head off into the hills to tonight’s destination, the village of Olaberria. The weather warmed gradually until at mid afternoon my little backpack thermometer read 60 F. We found our way out of Besain and over the N1 on a nice pedestrian bridge. Immediately after stepping off the bridge we should have turned left but there were no arrows and the left turn looked like it was just heading into a car park, so we went right. Looking at my GPS map I could see that there was a road around to the left but by that time we were invested in our turn to the right and as both roads seemed to meet we just carried on.

What became clear shortly thereafter was that the road we were following did meet up with the road we wanted, but it was all fenced in. We could not get from where we were to where we needed to be without performing some circus act to vault over the intervening barbed wire fence. Big problem, as we really did not want to retrace our steps back to the pedestrian bridge and start over. We found a section of fence that was down so we crossed over a field and walked towards the road we wanted to join. What we discovered after a little barnyard reconnoitering was that the owner had a more secure perimeter than Alcatraz. So with hat in hand we approached the farmhouse with a dozen dogs freaking out and straining at their chains and greeted the owner who stepped out to see what all the fuss was about. We explained our error and he graciously directed us around his house and out onto the road that we were so desperately seeking. We were underway again and finally heading in the right direction. We survived with no fang marks and minimal baggage from the dung pile we had to waltz around. All in all let’s call it a victory for the home team. The good news is that once on this upward gravel path we started to see the most spectacular landscape appearing. As we inched our way uphill every step gradually opened an incredible mountain vista. After a couple of days of comparing industrial estates this was mana from heaven. Just spectacular. So with this lift to our hearts we continued along truly energized and dropped into the very tidy village of Olaberria. We have booked into the Pension Zizilionea, and couldn’t be more pleased. We gave a nice warm room, and have just indulged ourselves in a delicious lunch. So, things have taken a turn for the better now that we are back in the countryside. Another beautiful day, and all our aches and pains are improving. Much to be thankful for. 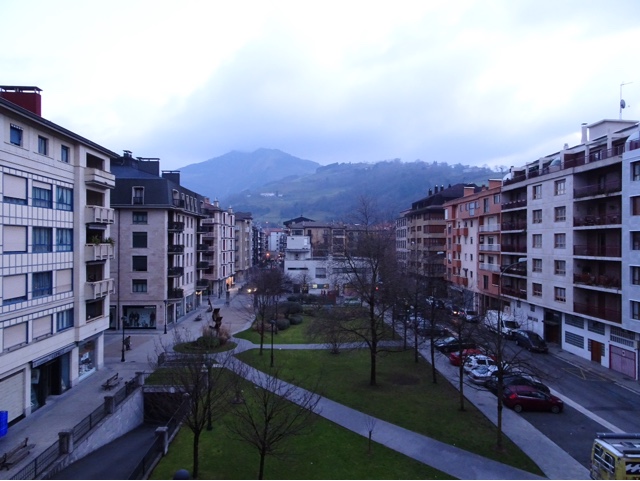 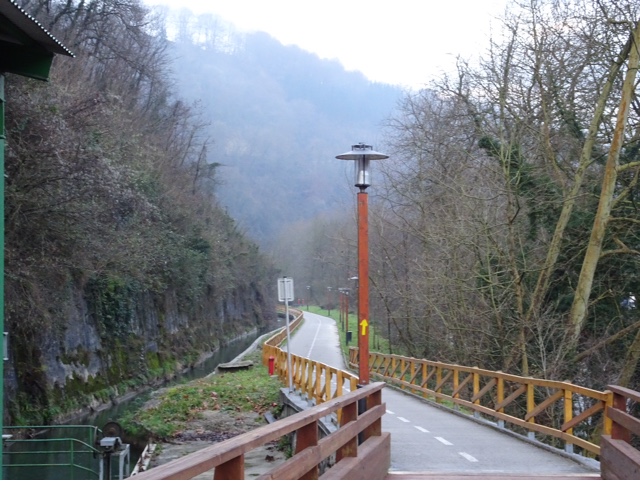 The path out of Tolosa 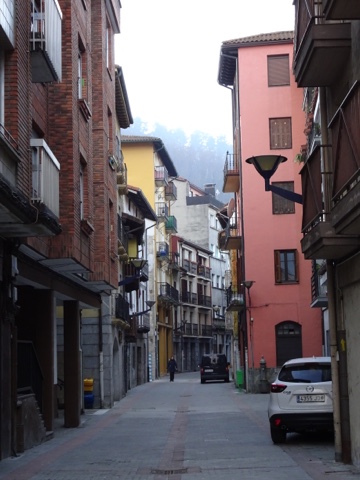 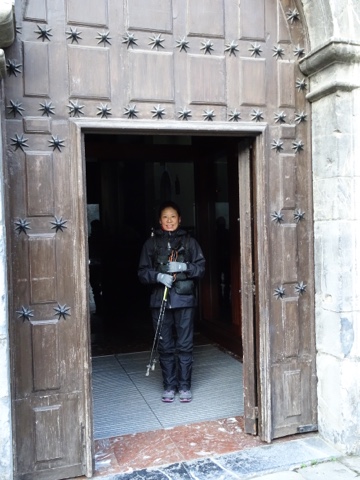 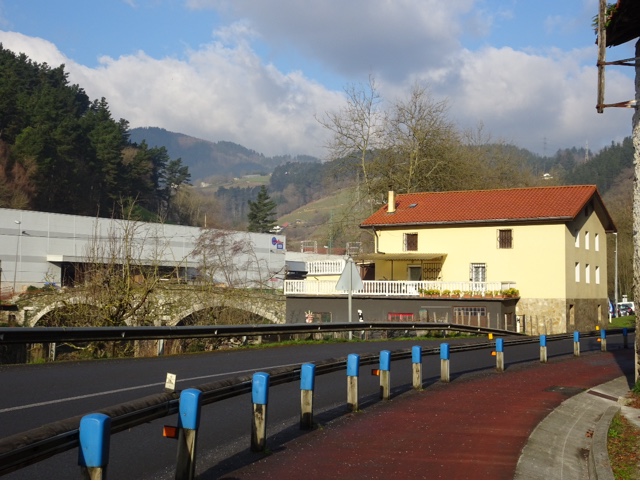 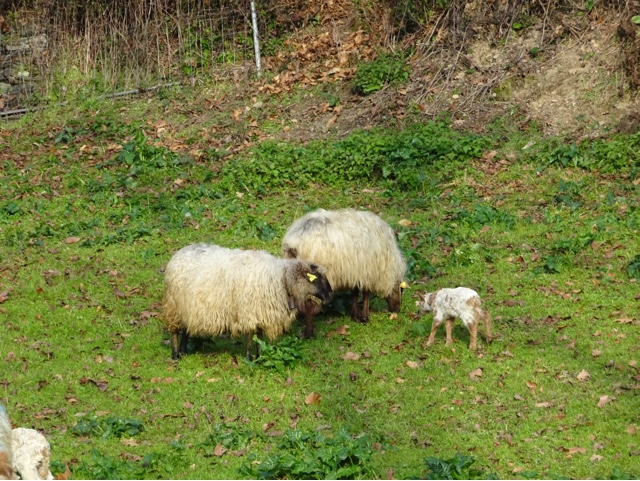 The right path to Olaberria 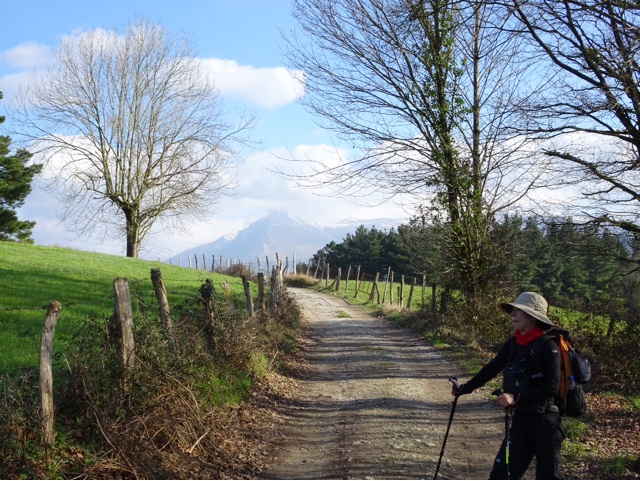 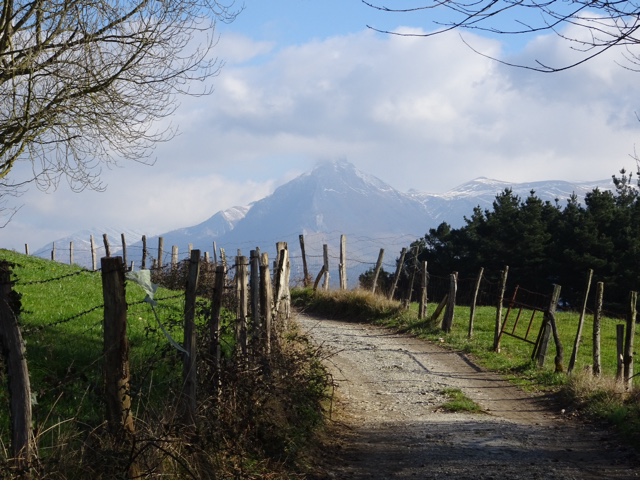 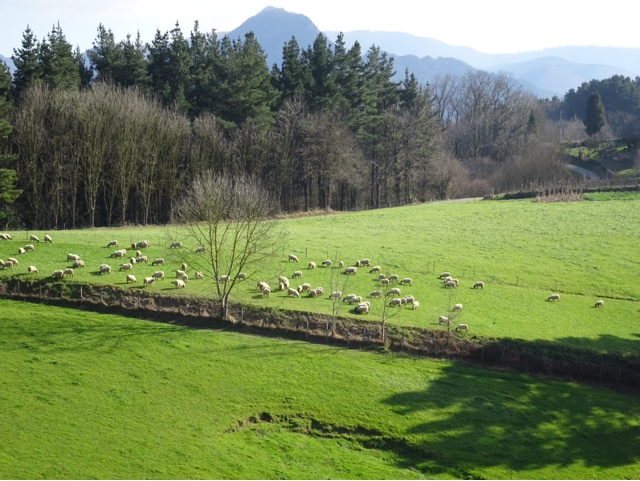 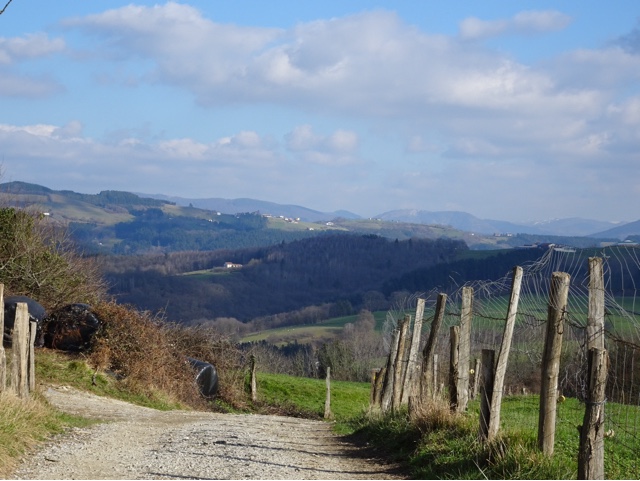 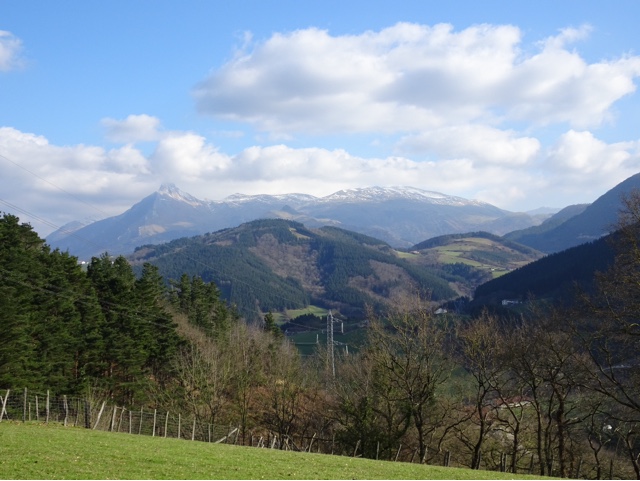 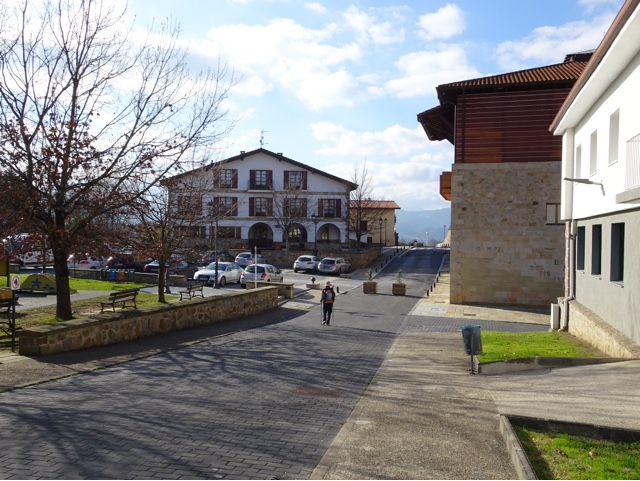 Our pension just ahead to the left 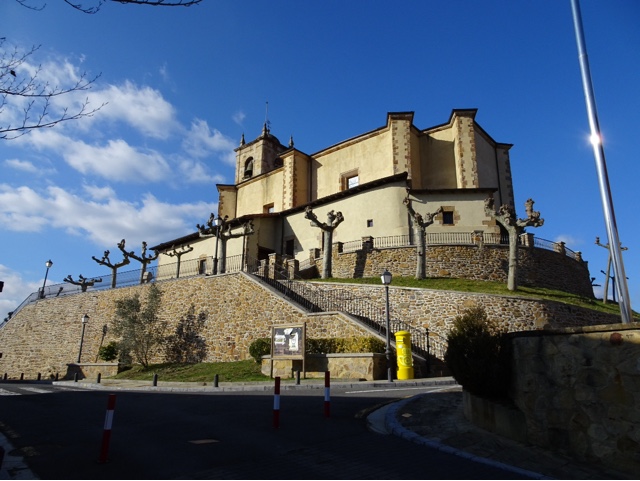