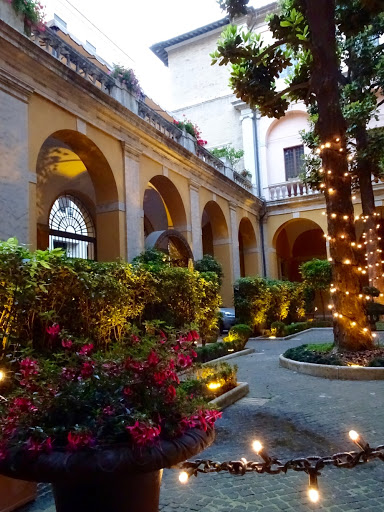 Robin and I arrived in Rome last Friday afternoon after an uneventful flight from Athens. A cab dropped us off at our hotel which was just at the verge of St. Peter’s Square. Even at this hour there were still many people walking to and from St. Peter’s. We settled the cab and ducked through a heavy green door and into the cool shadows and peaceful courtyard of the Palazzo Cardinal Cesi Hotel. The motorized front door swung closed sealing out the all the commotion just beyond it. A bit later we took a swing through the neighborhood looking for a place to eat and discovered that quaint street side cafés were now almost exclusively trattorias/pizzerias. We slipped into one and enjoyed a sidewalk table eventually filled with pretty marginal fare. On the bright side the ambiance was fine and the wine did not disappoint. We passed the evening chatting with a young Belgian couple about the upcoming presidential election. Yes, they wanted to know all about Donald Trump. Ugh! Sayings goodbye to our Belgian friends we slipped quietly through the shadowed side streets and eventually found our way back to and through the green door and the off to bed. Robin has been battling a very persistent cold and cough that has really drained her strength. Bed and rest seemed the best strategy.    Robin has a girlfriend who has worked 15 years in Rome with the United Nation’s World Food Program. We had reached out to her and set a dinner date for Saturday night. She is the woman who introduced me to Robin 23 years ago and we always enjoy her buoyant spirit and easy going manner. So with a dinner date in hand we chose to just spend Saturday afternoon roaming around the city. As luck would have it we turned down one street, for no particular reason, and after a block or so Robin is having am Oh My God moment. Just a few paces ahead of us she has spotted a woman she knew from our Cathedral Parish in Portland. We clogged the sidewalk as we said hello to her and her husband. She is studying theology here in Rome and has an apartment just across from where we met them. After a bit of catching up we were underway again heading for Piazza Navona and a bite of lunch. Later that night we caught up with our friend for dinner at a new Korean fusion restaurant out beyond the Borghese Gardens somewhere. It was a a very fun evening. Good food shared with a good friend is always a winning combination. Sunday morning flooded into our room as the shutters rose to greet a very blue sky. Today’s plan was to attend mass, shift some luggage to a nearby hotel that will be our home for a few days after we return to Rome on the Way of St. Francis, and then head off to the train station to catch a train to Florence. The plan worked splendidly including one unexpected deviation. We discovered that Pope Francis would be praying the Angelus at noon from his apartment window overlooking St. Peter’s Square. We had to be there. So with all else done we entered the tidal flow of pilgrims streaming up the Via Della Conciliazione towards the Vatican. It was a sight to behold, both colorful and chaotic, as thousands of pilgrims accompanied by banners, balloons and bands pushed ahead in hopes of catching a glimpse of Francis and sharing in his prayer. Of course all this foot traffic made our eventual trip to the Termini Station a bit of a problem as the roads were plugged and cabs couldn’t get through. But, a timely tip led us to a taxi stand just clear of the crowds and with the Pope’s healing prayers still echoing in our hearts we were soon crossing the Tiber heading towards Termini and the next leg of our journey. We are now in Florence after a 250 kph train ride and marveling at the Duomo. We will attend mass at the cathedral tomorrow, but for now it is time to do the washing, get a bite to eat and then off to bed once again. We start walking on Wednesday, and are anxious to begin. 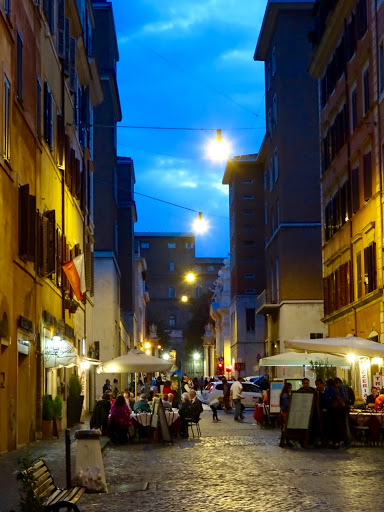 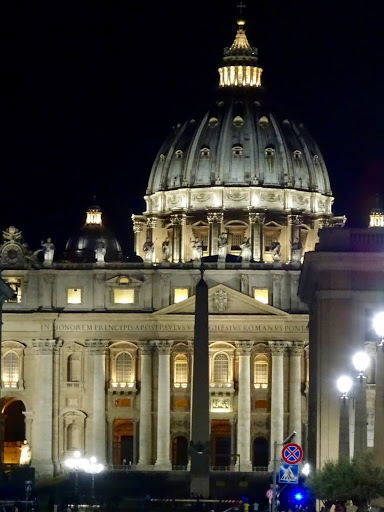 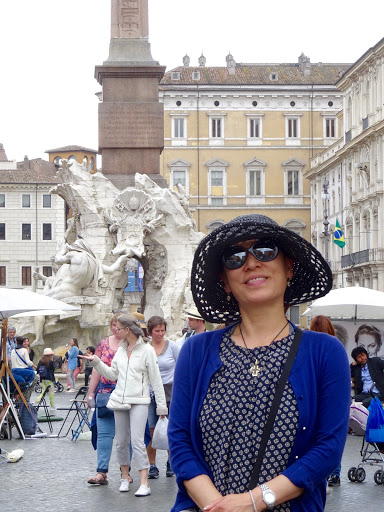