Despite yesterday’s scary weather forecast, today turned out to be better than I expected. At first light I could see from our hotel room there was water streaming down through the cobbles of the Plaza da Liberdade No rain but plenty of wind was evident. Robin and I had an early breakfast and were ready to go shortly after 8:00 am. We grabbed a taxi to head out to Matosinhos where we would begin today’s walk to Vila do Conde 22 kms up the coast. Robin was feeling strong and the rain was still hanging offshore so we were off to a good start. We found the boardwalk and lots of Camino signage and off we went. The wind was pretty much just shy of gale force for most of the day. Coming out of the wsw it sort of quartered us on our left side. By snugging our umbrellas close to our shoulders we were able to create a rather snug, calm environment as we were buffeted along by the howling wind. A wide stance was required to keep from going right over in the peak gusts. As we moved along we saw an opportunity to move from the boardwalk to the sidewalk of the coast road. We shifted over and the wind eased off a bit and our footing was much more secure on the cobbles than on the slick boardwalk.

We carried on throughout the day with a mix of strong winds, heavy downpours and occasional sun breaks. It was a wild rollicking day that proved challenging just trying to stand upright. We took one timely coffee break as a thunderstorm passed over us. We sipped our cortados as hail hammered down on the roof of the dimly lit bar that offered us sanctuary. A kind younger man who had been hanging out at the doorway when we ducked through acted as our translator and organized our coffees. He spoke quite good English, though one never would have guessed it as the bar clientele was very much local and by the looks of it unemployed. Once he kindly sorted out our drinks he quietly resumed his post at the door an continued staring out at the rain. A few moments later I nodded and offered my thanks to him as we slipped back out into the momentarily clearing skies and pushed on towards Vila do Conde. The balance of the day was a mixed bag of cursing speeding drivers who pinned us up against the walls of narrow streets, and unfurling and furling our umbrellas as heavy, but mercifully brief downpours moved onshore as we moved along. But as always there is an arrival, and today was no exception. We crossed the bridge into Vila do Conde and swung left uphill to our hotel, the Hotel Brazao, where we passed through the door at 1:30 pm. Today’s work was officially done. After checking in we took the recommendation of the desk clerk and headed back down the hill to the Restaurante Ramon, a wonderful seafood place that exceeded our expectations. Once again we are back attending to our daily Camino chores, and enjoying have some walls between us and the weather. The forecast shows more of the same for tomorrow, but now we know we are rigged correctly and the wind effect should be much less as we move inland tomorrow. Let’s just leave it at that and we will see what tomorrow brings. All in all it was a great day to be out walking. 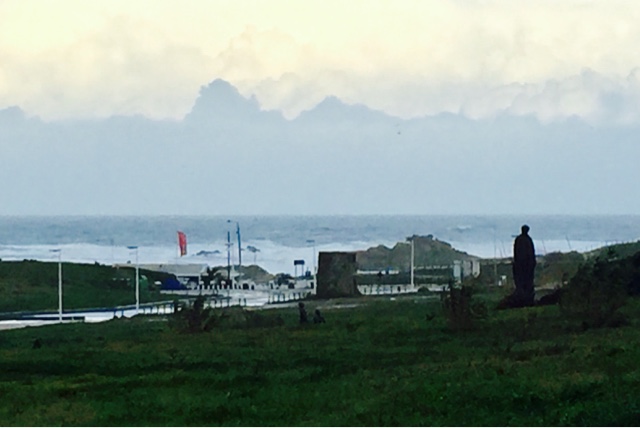 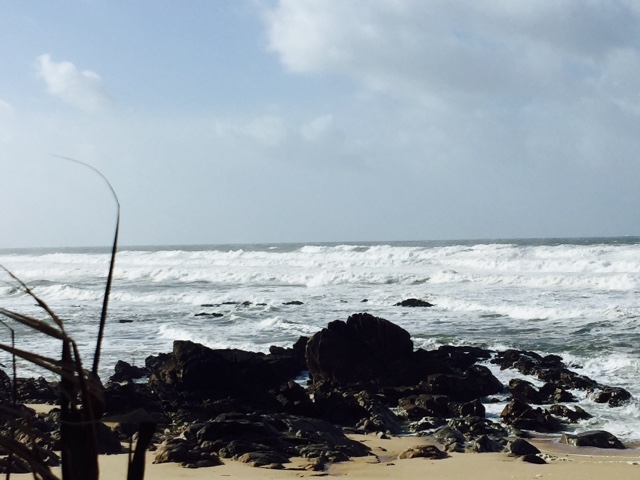 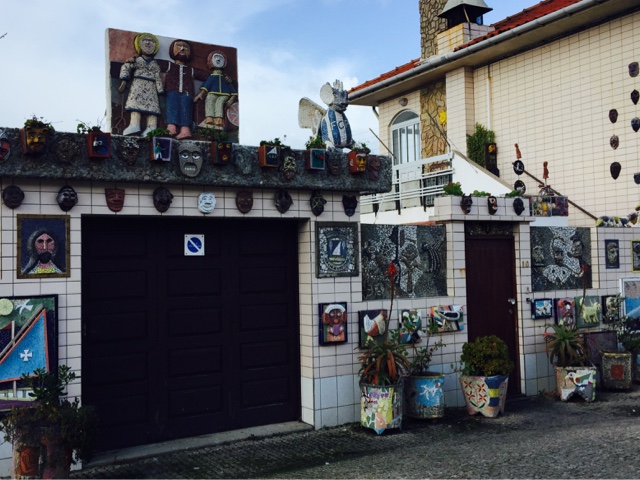 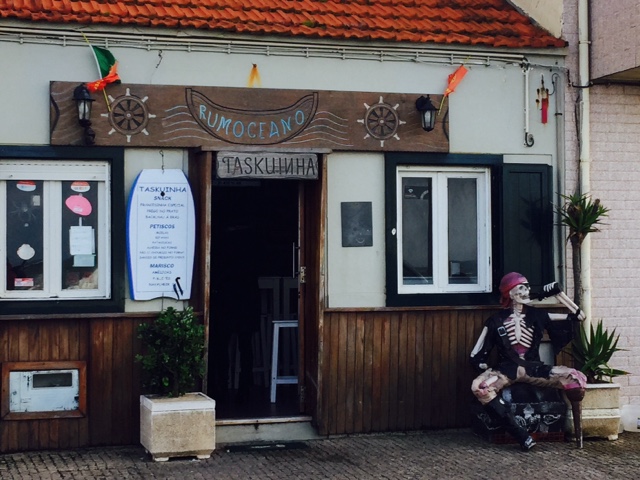 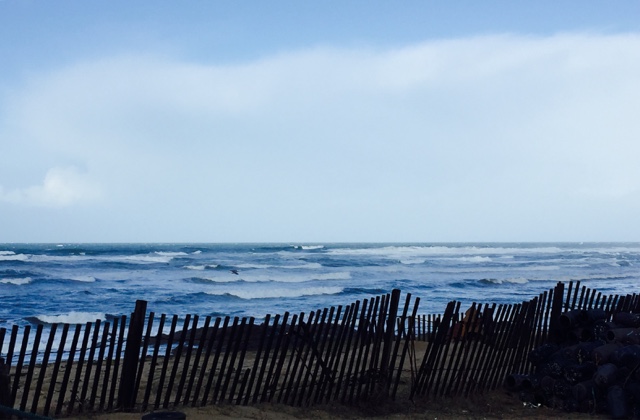 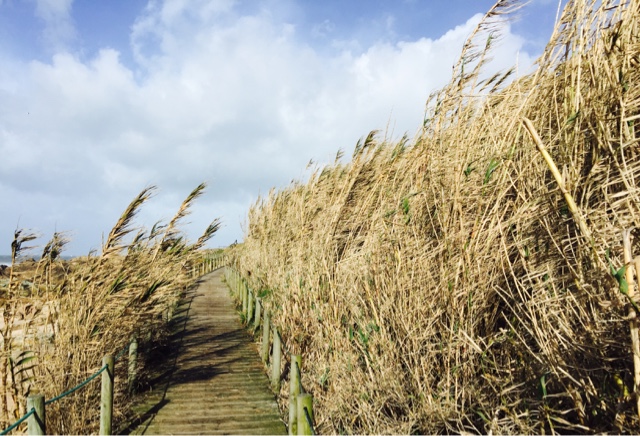 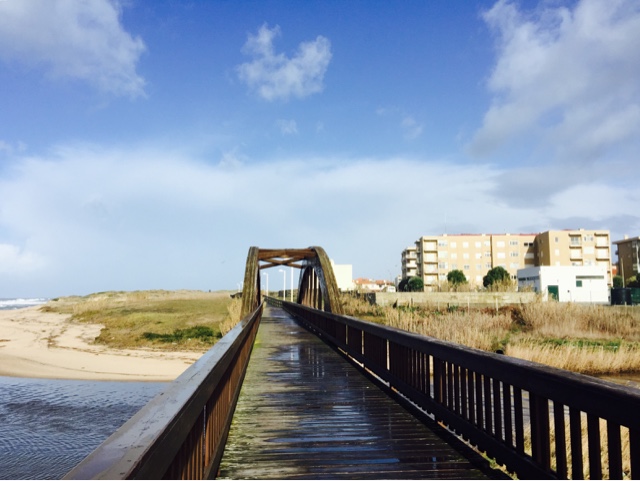 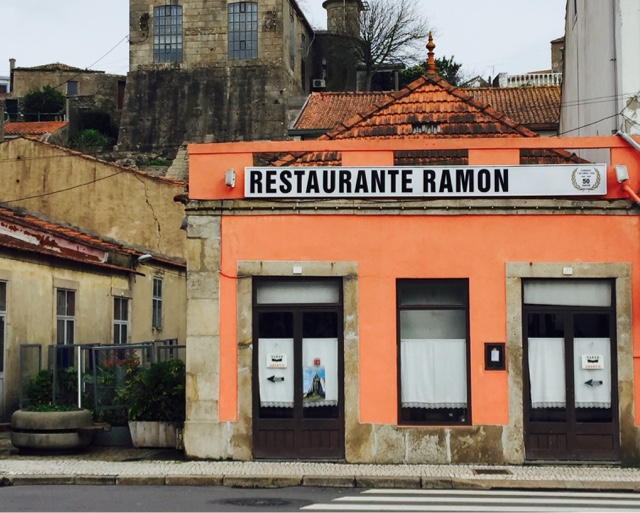