We awoke a bit early at Torre de Rio, and started in on the breakfast that had been set out the night before. We had told the lady in the dining room the previous night that we would like to get underway before their preferred breakfast service at 9:00. So she had everything laid out for us. As we were enjoying our meal the day staff arrived and immediately asked us if we wanted something else such as eggs, bacon, ham, etc. So we signed up for the full meal deal and felt more than adequately nourished for the day’s walk ahead. A taxi took us back into Caldas de Reis and dropped us off at the church. Five minutes later we were crossing the Roman bridge out of town and heading off to Padrón our destination for tonight. We caught yet another break with the weather and set out under clear, cool conditions. As the sun climbed over a ridge whose shadow had kept us fairly cool it’s radiant heat now forced a halt and our jackets were peeled away. We proceeded uphill (mostly) and then downhill (somewhat) following a mix of paved roads and forest trails. In all it was a very good day’s walk. We arrived in Padrón at 1:30, had nice cold Estrella Galicia and headed off to our hotel, the Chef Rivera. After some lunch and a shower we walked over to the Church of Santiago. The sacristan invited us up to the alter where the stone pilar to which, according to legend, the boat that brought St. James’ remains to Spain was moored, now resides. We enjoyed our visit to the church, that is until a Spanish tour group laid siege, after which we quietly retreated. We strolled around a bit just enjoying the evening air, and eventually called it a night. We are Santiago bound in the morning. It is always a time of mixed emotions when our time on the pilgrim road draws to its end and life back home beckons us to return. But, God willing, we will find another road to walk when, once again, we are ready. For now let’s just get to Santiago. More on that tomorrow. 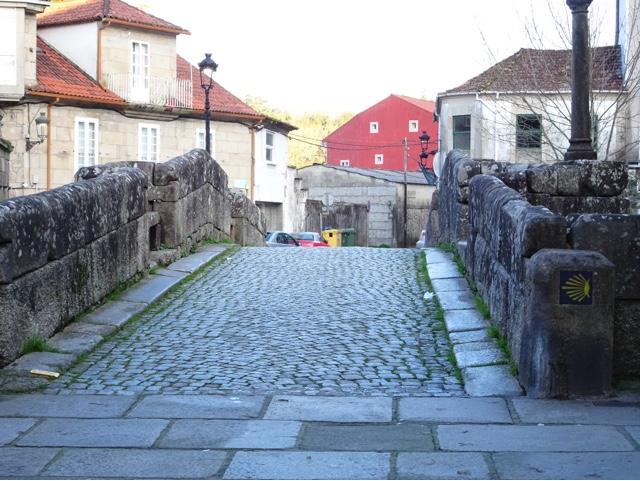 The Roman bridge out of Caldas de Reis 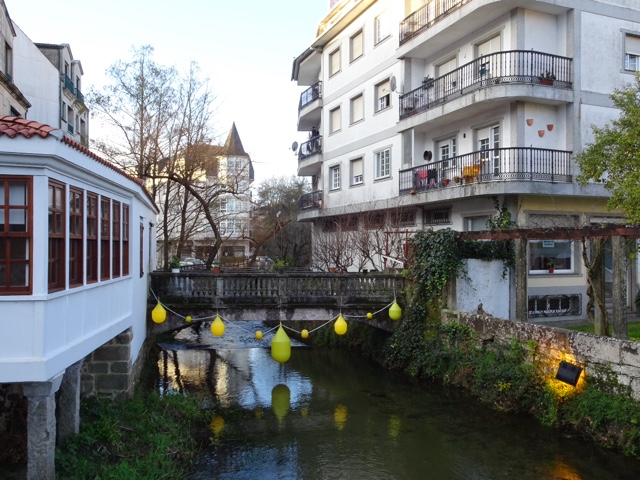 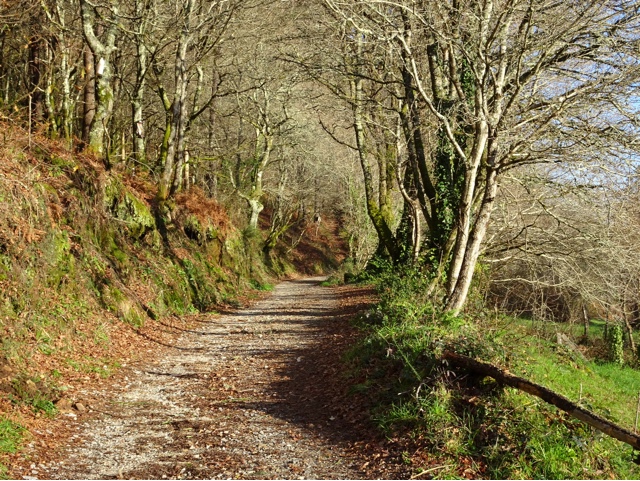 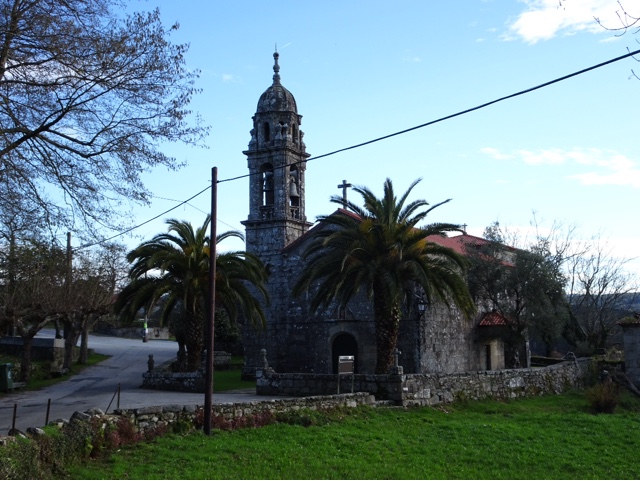 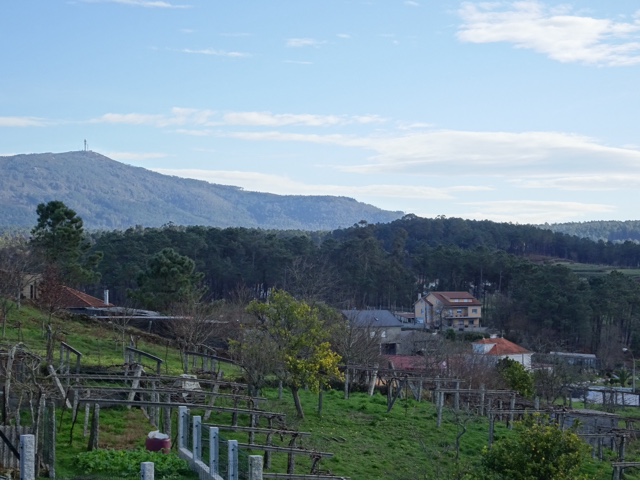 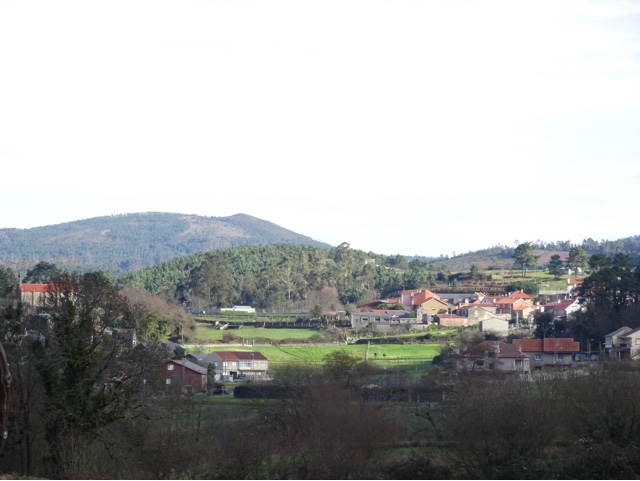 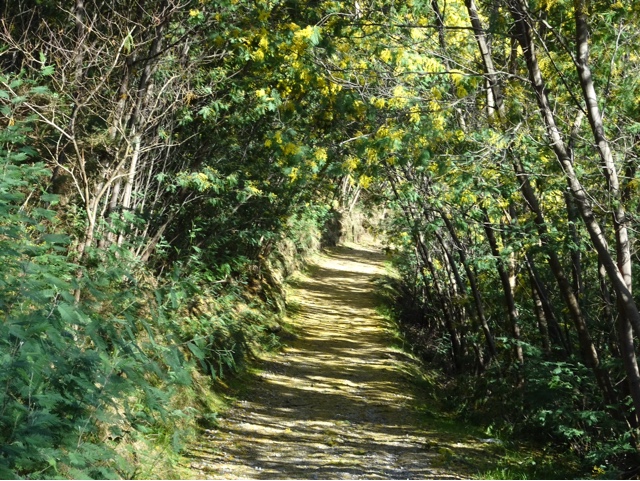 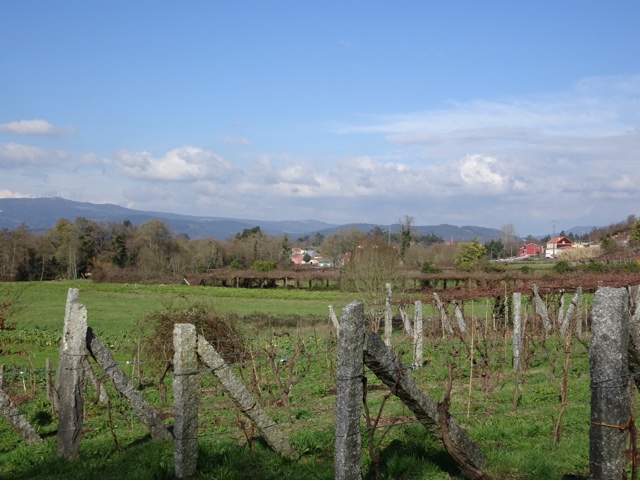 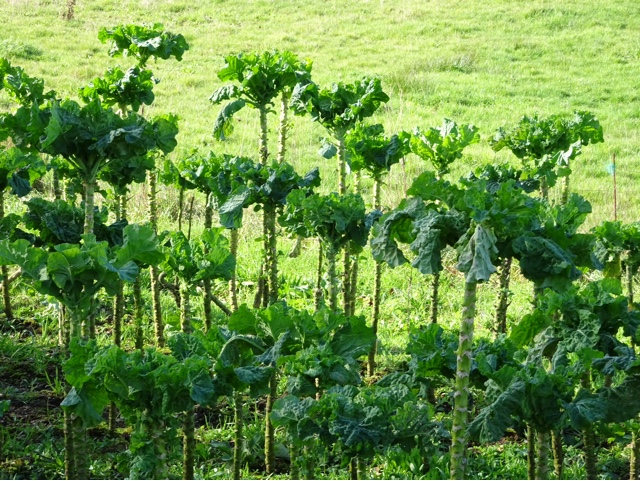 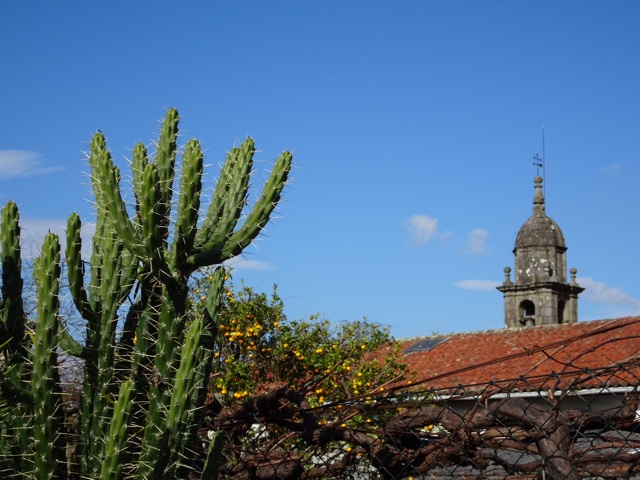 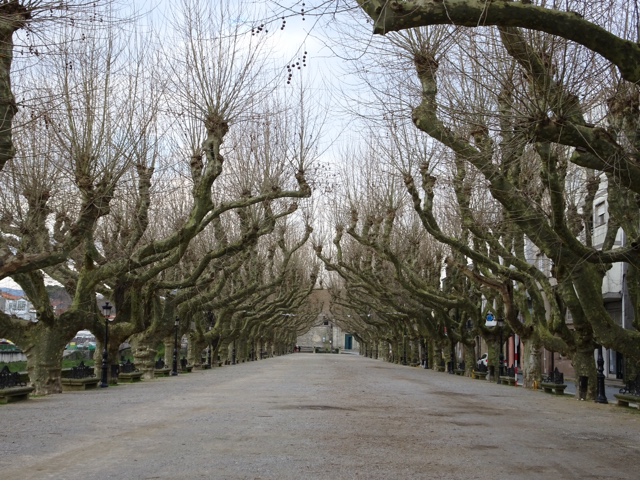 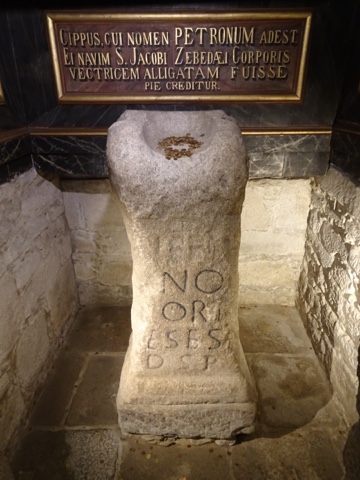 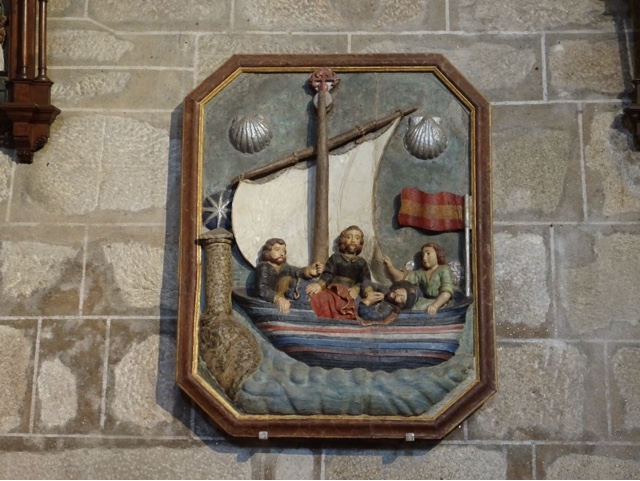 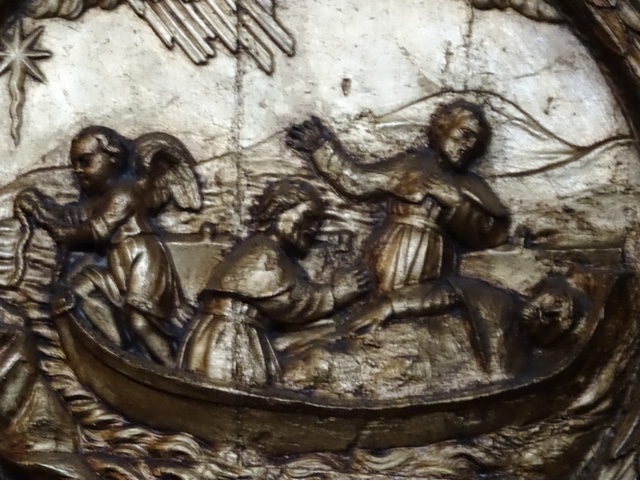 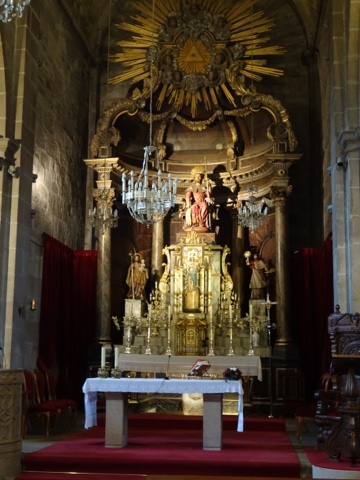 The pilar is just behind and below the altar slightly to the right of center. 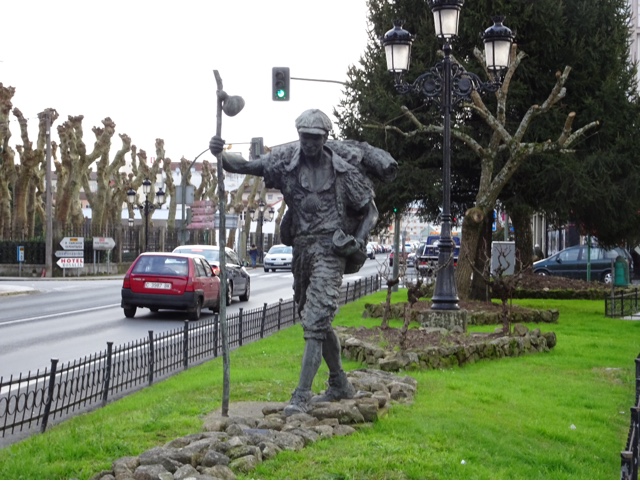