Santiago has witnessed many pilgrim arrivals but I dare say that the arrival of four Irish sailors who have rowed a traditional Irish currach from the west coast of Ireland to A Coruña in northwest Spain has to be one of the most memorable. They set out in May of 2014, wintered the boat over a couple of times and finally arrived in Santiago a couple of days ago. Now the Irish are known as a jovial people and these fellows did not disappoint. They have kept everyone smiling with their charm, good humor and the occasional dose of traditional music and song. One of the most challenging parts of their arrival was getting their boat overland to Santiago. Santiago’s own Mr. Fixit, John Rafferty, took up the challenge and with a variety of resources employed finally got the boat into the city and bedded down in the cloister at the Jesuit church of San Agostin. This was last Saturday. Come Sunday the boat was maneuvered by many hands out from the cloister and down along the Camino Frances path to the Plaza Obradoiro and then around and up to the Plaza Platerias. After a grand celebration at the Sunday pilgrim mass the boat, once again with many hands, found its way back to the cloister at San Agostin for another night’s rest. Today, Monday, the crew joined us for our English language mass in the cathedral but instead of the mass being said in English, Fr. Joe, said the mass in Irish. One of the boat crew, Brendan, brought along his accordion and along with his remarkable voice provided all the music for the mass. There wasn’t a dry eye in the chapel. It was a magical moment to be sure. But, there is more to the story. The crew wants to leave their boat in Santiago for the winter and return next year to carry on perhaps as far as Africa. Their enthusiasm is unbounded. Once again Mr. Fixit, came to the rescue and with the blessing and help of his landlord emptied out his garage to make room for the boat. That was the first part solved but now the boat had to be carried, once again, through the streets of Santiago and out along the route towards Finisterre where John’s house is located. Yes, many hands were once again found, and not long thereafter the boat had covered a kilometer to its winter berth in John’s garage. It has been a crazy few days as the boat and crew maneuvered throughout the city, but the gift of their spirit has lifted many hearts and has made this pilgrim city unique in yet another special way. Up the Irish and our best wishes for a safe journey home for this remarkable bunch. You simply cannot make this stuff up. 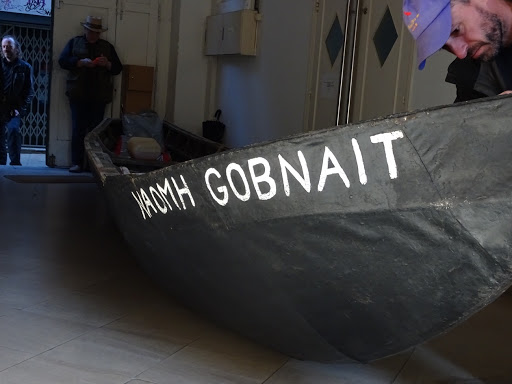 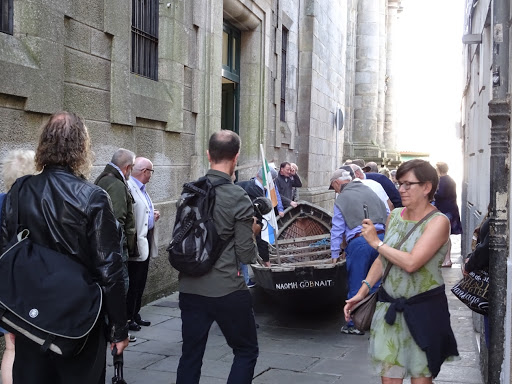 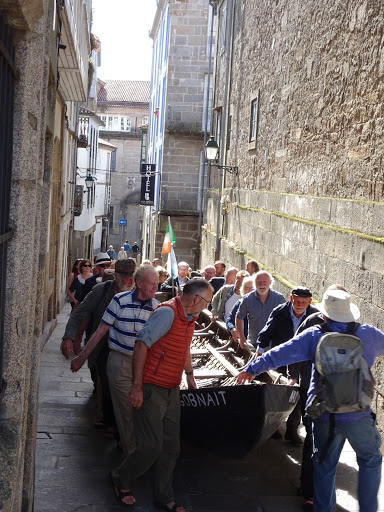 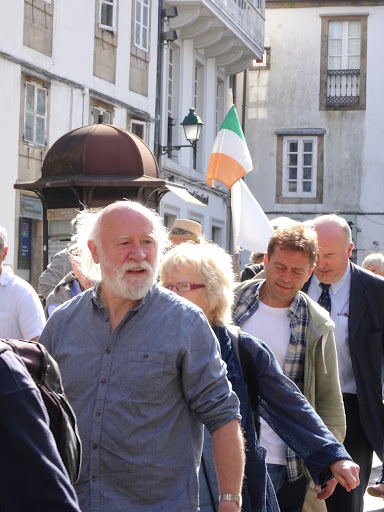 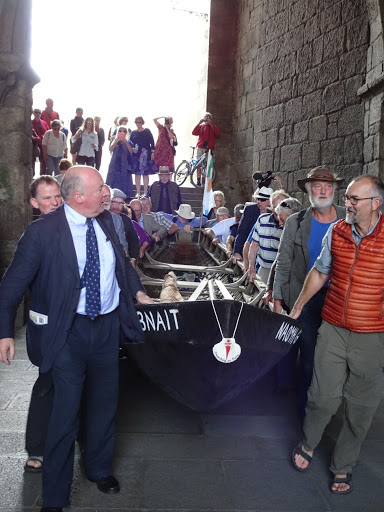 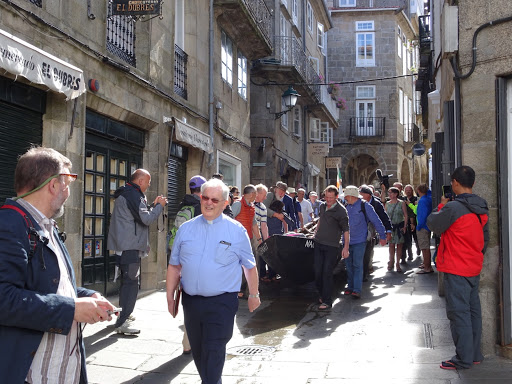 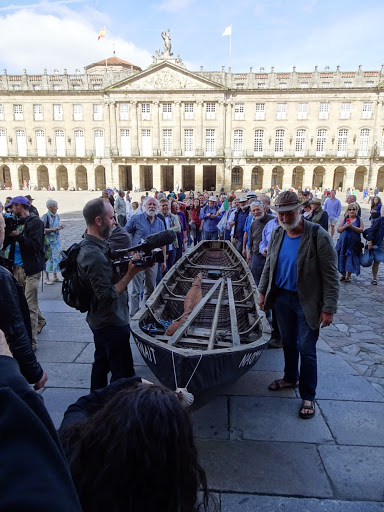 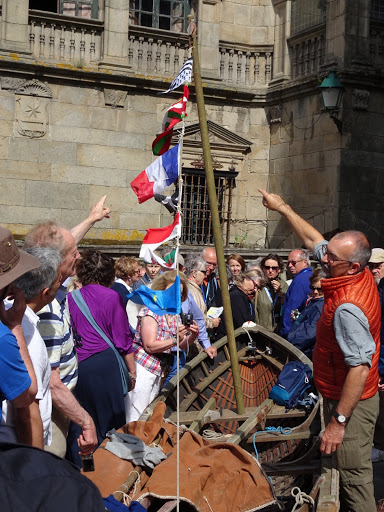 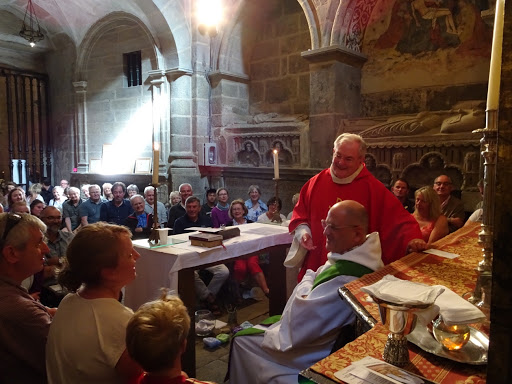