Robin and I are now two days into the Camino Vasco. We arrived this afternoon in the town of Tolosa and have checked into the Hotel Oria. But, let me back up to our first day from Irún to Astigarraga. We set out in cool and dry weather mustering a measured pace as our legs sought to reach an accommodation with the backpacks they were now having to carry. So off we went and made our first wrong turn about 100 feet later. As it turns out a sign had been damaged and we missed it, but as I also was running a GPS app on my phone we quickly caught the error and backtracked. We followed a mix of paved rural roads and dirt tracks over the many hills and valleys that added to our growing fatigue as we ambled along. We believe it is always wise to ease into any Camino by walking a bit more slowly and covering shorter distances for the first few days. The walking slowly part took care of itself as we just didn’t seem to any more throttle left. As for the distance we wound up walking about 22 kms. A little shorter distance might have been better for by the time we reached Astigarraga we were both running on little but fumes. The terrain was challenging, but quite scenic. All the twists and turns of the trail forced us to pay attention to our navigation and that helped to pass the time that otherwise would have been marked by increasing levels of knee pain. Arriving in any town in Spain on a Sunday is always challenging as shops and bars will often be closed. Our funky hotel, the Pension Astigarraga, is right on the Camino, but in an industrial area. The owner directed us to the one bar that was open, and we managed to stay awake long enough for the kitchen to open so we could have something more substantial than potato chips to eat, but it was close. So that was day one. It was a good challenging walk that got us back in the groove and refocused on the work required to move along this pilgrim road. We are coming around in spirit, now our bodies just have to catch up.

This morning, after the usual toast and coffee Camino breakfast, we plunged Ito the half light of another cold and thankfully dry day. Looking at our guide we saw the elevation profile for today was pretty flat. As it turns out that was because we followed the main road from Astigarraga to Tolosa. A few times we were shunted off to dedicated pedestrian/bike paths, and that added a much appreciated additional layer of safety, but still the entire day was spent pounding the pavement. Upon arriving in Tolosa we looked back at our guide and saw there was an alternate route that went out through the the countryside, and at the cost of some extra distance and the lack of intermediate towns all the roadwork could be avoided. Some food for thought if we come this way again. But for now we are in the maintenance and recovery mode of daily pilgrim life. There is washing to be done, dinner to be sorted and aches and pains attended to. So we are two days into this journey and are bearing up, gaining strength in our knees, and settling into a daily routine that should carry us to Santo Domingo de la Calzada in another week’s time. But, in the short term, there is still quite a bit of hill scrambling ahead, particularly as we make our way up to the San Adrian tunnel in three day’s time. More on that later as the journey unfolds. Let’s call this a wrap for now, as I sign off tired, a bit achey, but so happy to be back on the pilgrim road. Good night to all from Tolosa. 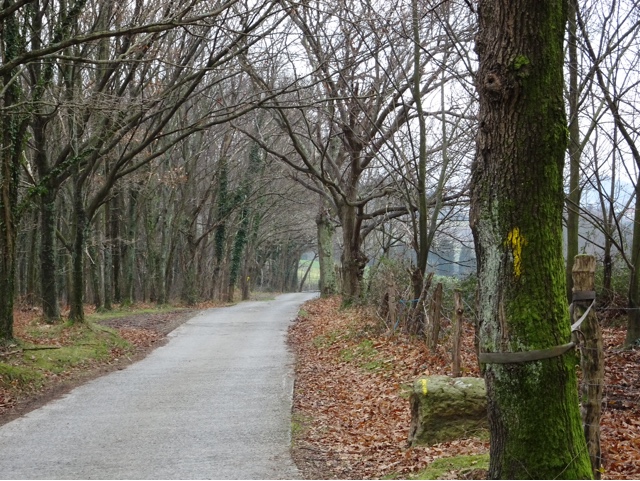 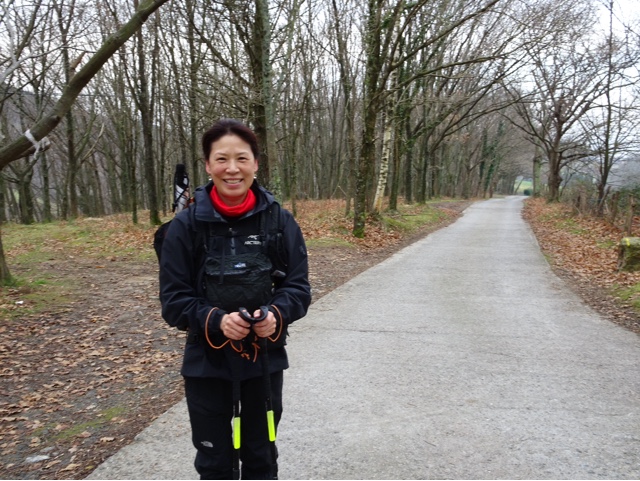 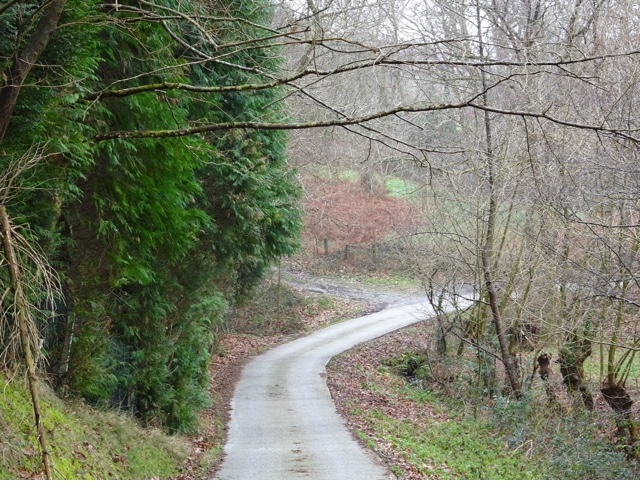 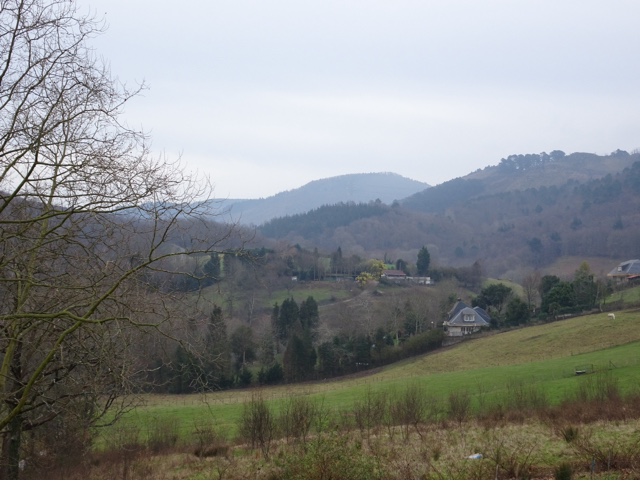 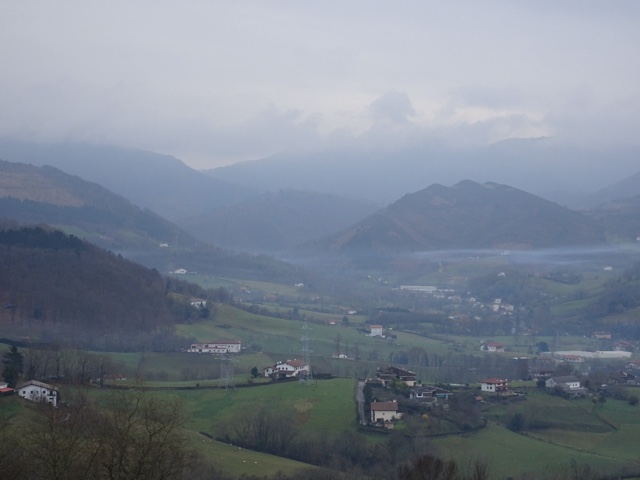 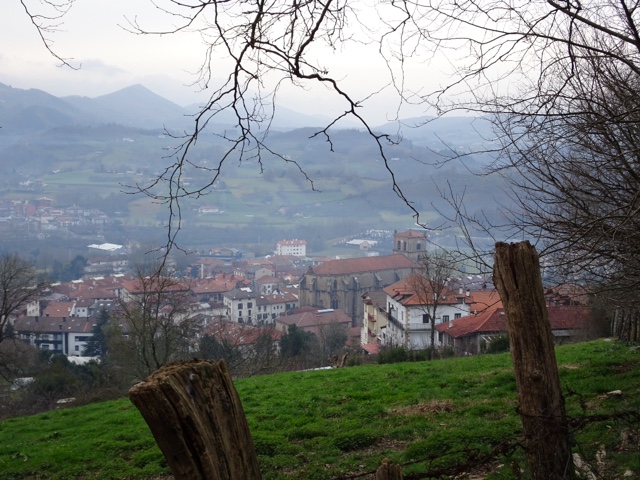 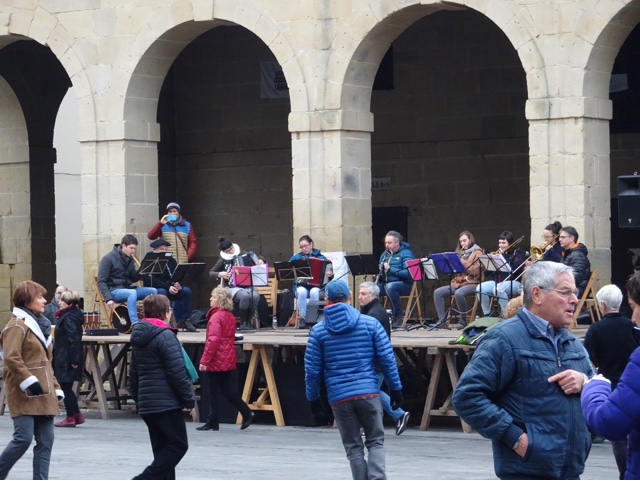 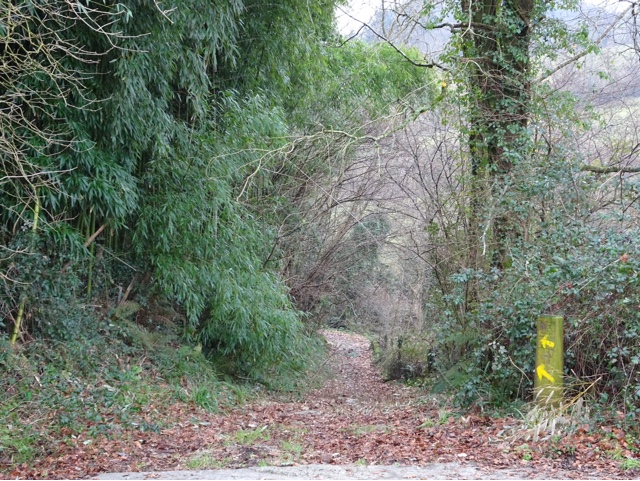 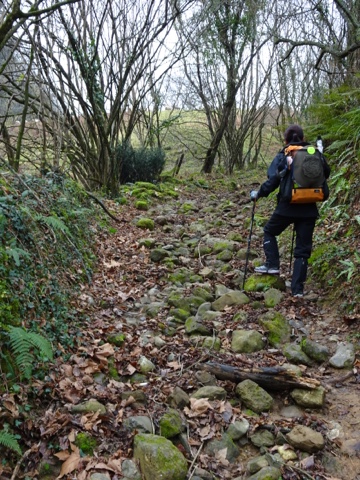 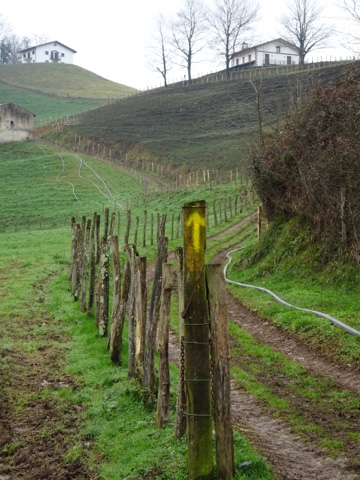 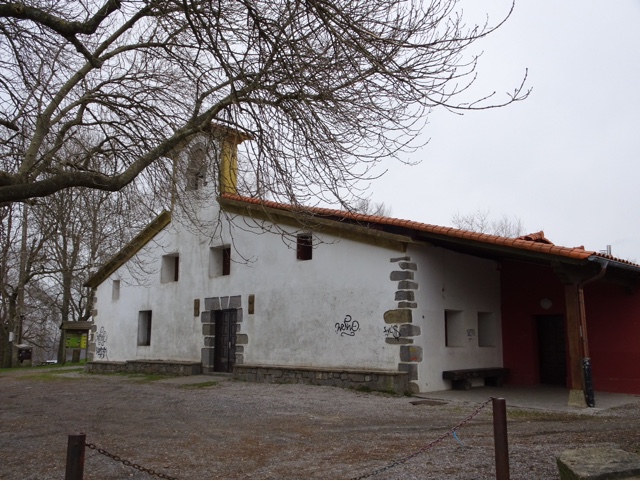 The hermitage of San Juan 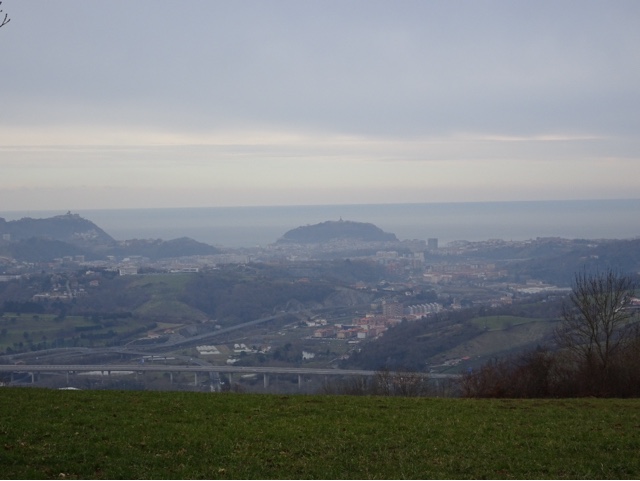 San Sebastián in the distance 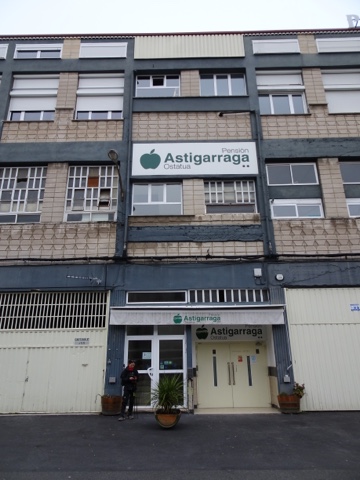 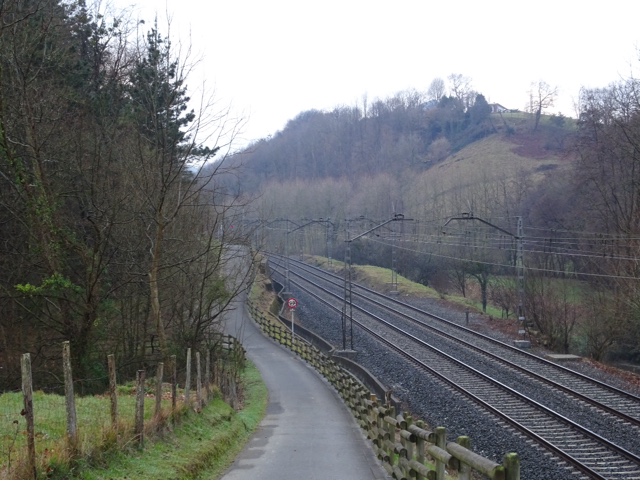 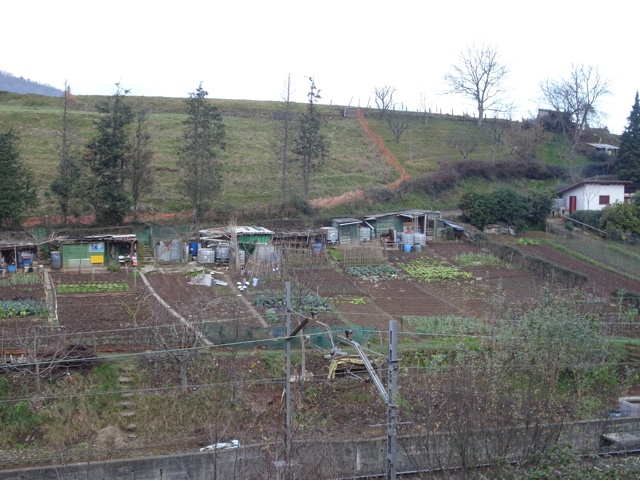 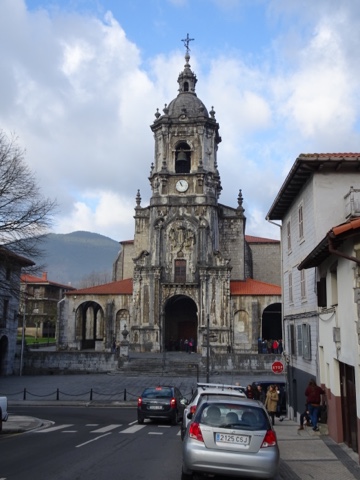 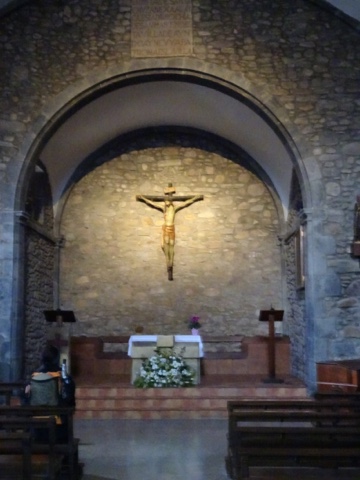 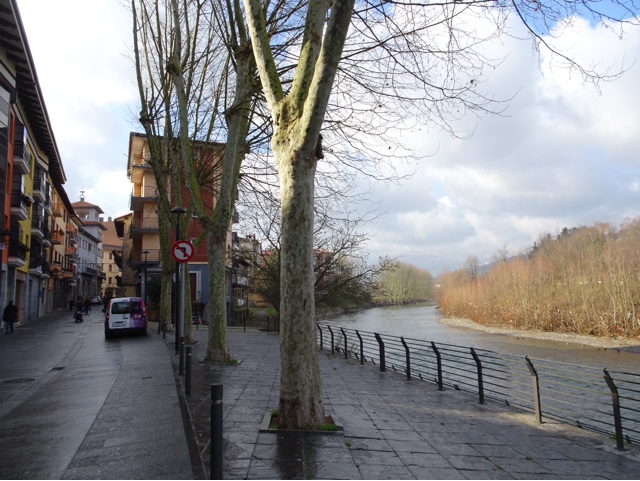 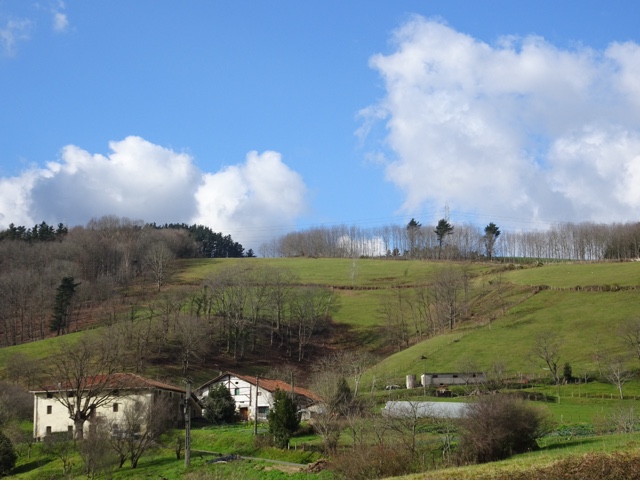 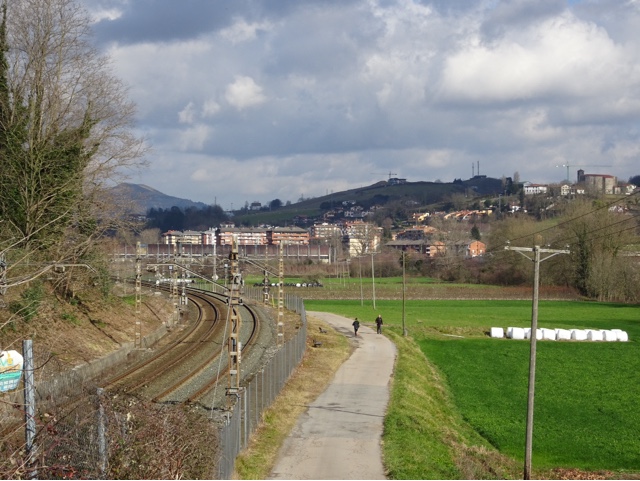 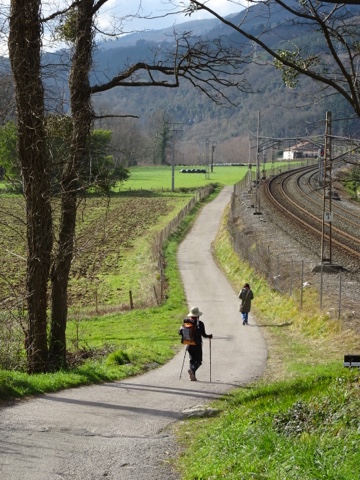 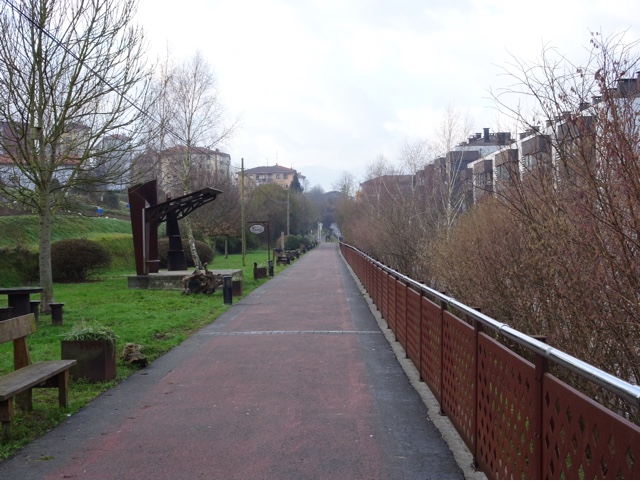 One thought on “Two days later”